When asked to identify the most important part of speech, many people might answer, “The noun.” However, in my opinion, the verb is the most important, and often misused, part of speech. A sentence cannot function without a verb. Even in imperative sentences with an implied subject, the one spoken or written word of that sentence is a verb. Listen. Learn.

Colloquially, people often say things like, “I seen it!” or “I had went.” Even though everyone else might be using these expressions, they are grammatically incorrect.

Whether you are currently involved in homeschooling, distance learning, or virtual learning, I’d like to offer some assistance with basic verb usage. Younger children might be introduced to verbs through Irina Gonikberg Dolinskiy’s Parts of Speech Parade (illustrated by Mark Wayne Adams).

Middle school students might benefit from Everything You Need to Ace English Language Arts in One Big Fat Notebook. (Disclaimer: I do not own this book, but I have skimmed through it at Walmart. It appears to be a good resource.)

For high school students, as well as college students and adults, the latest edition of Hodges’ Harbrace Handbook can be a valuable reference tool. Yes, I know Google or Alexa is readily available, but your Wi-Fi hot spot might not be. 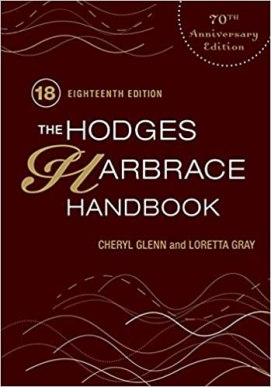 Once again, the verb serves as the heart of the sentence. It expresses the action of the subject, or it links the word following it back to the subject. In English, six tenses are used to show the time of the verb’s expression: present, past, or future.

Regular verbs form their past and past participles by adding “d” or “ed” to the base form. These words are not difficult to conjugate. Most problems arise with irregular verbs which have no consistent usage rule.

I am also including an explanation of Troublesome Verbs pdf, which I hope you will find helpful.

My language lessons are based on your requests; so if you need guidance in other areas, please let me know.

This site uses Akismet to reduce spam. Learn how your comment data is processed.